Where to Draw the Line with Your Puppy’s Play 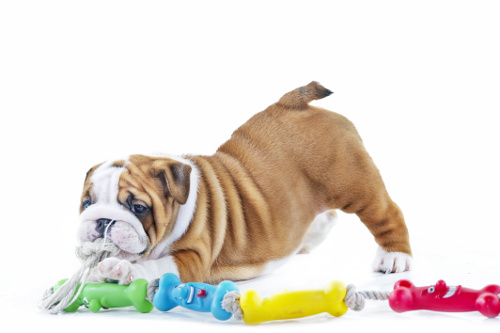 There is nothing cuter than playful puppies. They play with each other, with toys, with their own tails, and with us. They chase, pounce, bounce, and wrestle. Their instincts drive them to do it because it helps develop important interactive skills with the world around them, and figure out how their bodies work. Plus, it’s just plain fun.

Your puppy’s breed, age and level of socialization all influence how she plays. Terrier types often like to chase, as well as play grab and shake games, while sight hound breeds may get excited chasing just about anything that moves. Sometimes it’s hard for owners to tell if their puppy’s play is all in good fun, or if they should intervene and try to redirect puppy onto something else.

Puppies play in different ways, and it’s helpful knowing what to look for: 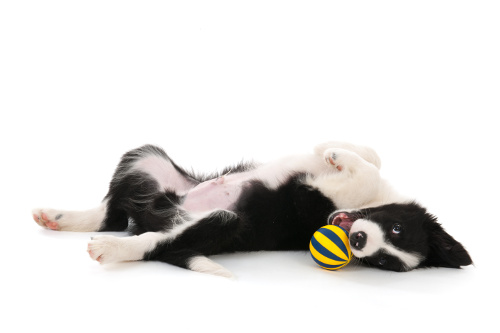 Retrieving a ball, shaking a squeaky toy, and chasing a rag tied to a stick are all examples of object play. As long as puppy doesn’t show resource guarding behavior around toys, or get so riled up she bites, jumps or engages in other unsafe behavior, go for it! You can even enjoy a game of tug if you and puppy follow the rules. 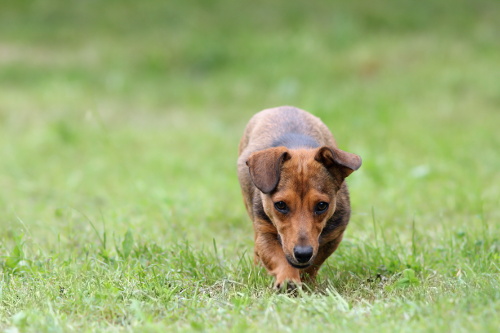 When no partner is available, puppies may play by themselves chasing their tail, or pouncing on imaginary objects, which mimics hunting. Owners shouldn’t worry about this unless puppy spends an inordinate amount of playtime tail chasing, snapping at non-existent insects, or pouncing on shadows or reflections, at which time they should consult their vet to rule out a medical problem. Note: while laser- or light-chasing toys and games might seem like fun, we generally don’t recommend them because of their potential to nurture obsessive behavior. 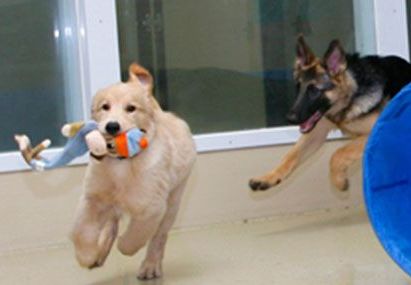 Actively playing with other dogs (or us) is an extremely important part of a puppy’s development because they learn and practice communication skills. Social play mimics fighting, hunting, and even sexual behavior, which can make it difficult for owners to tell when play is play, or if it’s turning into something more sinister. Dogs are expert communicators and use their bodies to indicate that mouthing, growling and even humping is all in good fun. We’ve all seen the classic play bow, where puppy invites play by lowering his head and sticking his rump up in the air. Barking, muzzle-poking, and face licking are also ways puppies invite play. What ensues can be any manner of play fighting, wrestling, chasing, and even biting. Normal puppy play involves taking turns with these behaviors.

Signs that play may be getting out of hand:

Play becomes more intense and complex as pups mature, which is why puppies need to practice their social skills often as they grow into adult dogs. It’s also important that puppy learns playing with us has different rules than when playing with canine companions. 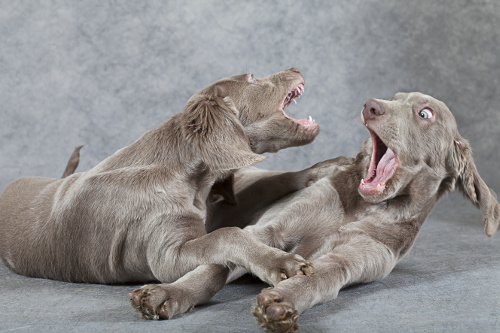 Seek out opportunities such as Puppy & Me Playtime where puppy can safely play with other puppy friends in a supervised setting, and where you can learn from dog behavior professionals about healthy ways to play with your pup.