Things That Might Be Scaring Your Dog Without You Realizing It

There are a lot of “normal” dog phobias that everybody knows about, such as thunder, fireworks, vacuum cleaners, the vet, strangers, etc. The causes of these fears are usually related to noise levels that are painfully loud to a dog, or to the presence of unusual environmental factors which are perceived as unpleasant (the vet!) or potentially harmful (a stranger). 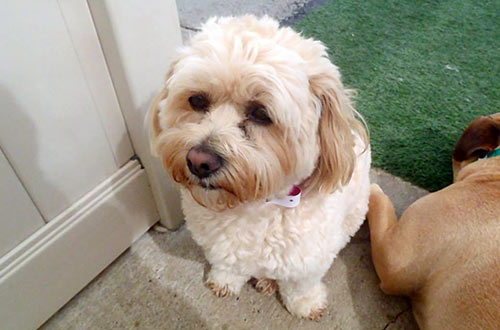 However, there are many things that can trigger a fear response that aren’t immediately obvious to a human being. In fact, it’s quite common for owners to misidentify the source of a dog’s anxiety. Your dog might not be barking and growling at the big, beefy man at the door, but instead at the baseball cap concealing his face. Things that we take for granted often don’t make any sense whatsoever from a dog’s point of view.

Here are a few things that may be upsetting or frightening your dog, without you realizing it.

The language of a dog is largely made up of body language, with many of the most subtle nuances being communicated through the face. The set of a dog’s ears, whether its eyes are wide open or narrowed, the position of its mouth and lips—dogs are wired to be sensitive to all of these, and that’s why they closely examine the faces of every human they come across. This is why anything that conceals or obscures a person’s face, such as a hat or a beard, can set a dog off.

While much of the clothing that a person wears is formfitting, jackets can often flap and move in unpredictable ways, especially if they are lightweight or unfastened. Dogs like to be able to anticipate all the stimuli in their environment, so having someone’s jacket suddenly flap and slap in the breeze can be an unexpected and deeply upsetting occurrence. As a result, dogs may be triggered by any jacket they see, as the mere presence of a jacket will signify future, unexpected noise and action, in much the same way that a person may become phobic of dogs, birds, or other animals that seem especially unpredictable and prone to sudden “attack.”

Just like many people, dogs fear the loss of control. As a result, slippery floor surfaces such as waxed wood, parquet, and linoleum can cause dogs to avoid certain parts of a home. If you notice that your dog tends to avoid certain rooms, even when a treat, food bowl, or favorite toy is placed in the avoided area, then this may well be because of the lack of traction. You can try putting down rugs if the floor is especially slippery, or work with your dog to become more comfortable with walking on the slippery floor. However, older dogs and with hip issues may actually experience physical pain when walking on a slippery floor, meaning that it’s inappropriate to expect them to walk on such surfaces.

How to help your dog overcome his or her fears

Ultimately, the list of things that can scare a dog is as endless as the list of phobias that afflict human beings. Generally, anything that causes your dog to be fearful does so because (1) it’s unusual, and/or (2) it unpredictably generates sound or movement.

Socialization is the only way to help your dog overcome its phobias. A common mistake many owners make is to soothe their dogs: pet or scratch them a great deal, cuddle, use a soothing tone of voice, etc. Any of these only serves to reinforce your dog’s perception that the situation is not normal, because the major changes in your own behavior signal to your dog that you are disturbed by the situation.

Instead, treat your dog like it’s any other day. Be relaxed. Use a normal tone of voice. Try to engage your dog in the sorts of play that you normally would. If you ignore the stimulus that your dog is affected by, your dog will infer that it isn’t an important part of the environment, and will gradually stop reacting to it.