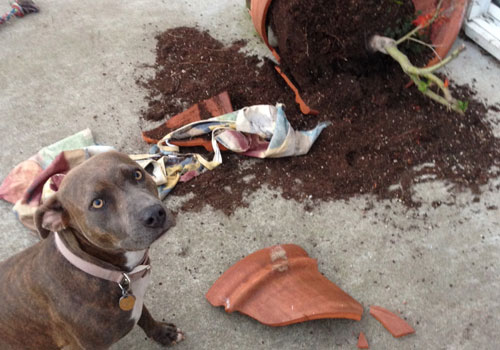 It had all the markings of an intervention: cameras, experts, family members, serious narrative. But instead of a loved-one-turned-addict, the target of this intervention was a dog named Shasta. Shasta belongs to Good Day Sacramento’s cameraman Dave. Dave and his family adopted Shasta from Front Street Animal Shelter as a young puppy after she was dropped there with a couple siblings in a box. The good news is that she ended up at the shelter, got her medical needs attended to, and was picked by Dave. The bad news is Shasta, like many dogs adopted from the shelter, comes with the all-too-familiar heart-breaking story that makes new adopters want to “make up for” their sad start with excess love, affection, freedom, and lack of structure.

Dave admits he was no different. He felt sorry for Shasta (who wouldn’t?) and thought that the love he and his teenaged sons had to give would be enough. They unknowingly turned into classic enablers from the minute they brought Shasta home. But they didn’t know what Shasta needed and made the typical Common Mistakes many new adopters make. 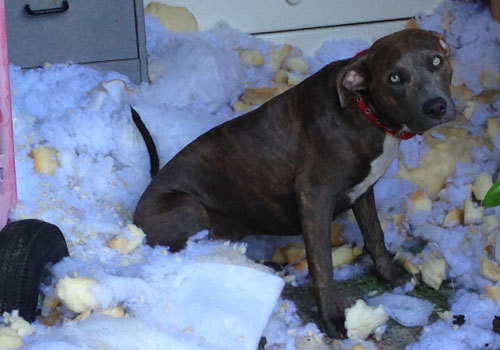 Fast forward 9 months. Shasta’s fearful and destructive behavior has escalated to the point that Dave felt it was time to seek professional help. For both of them. So rather than return Shasta to the shelter (the fate of so many dogs in cases like this) he enrolled Shasta in Behavior Bootcamp at The Local Bark. And Day 1 started true intervention-style with a live TV segment on Good Day Sacramento in front of Dave’s house (video below).

Being the great guy he is, Dave is willing to open the kimono, so to speak, and expose the mistakes he’s made with Shasta to help other well-meaning adopters avoid the dreaded intervention. Stay tuned as we follow Shasta through rehab in Behavior Bootcamp and help her learn some new coping skills and ways of being.